In 2008 Roger Hiorns, commissioned by Artangel and the Jerwood Charitable Foundation, transformed an empty council flat in Southwark, London, into a sparkling blue environment of copper sulphate crystals. Seizure was created using 75,000 litres of liquid copper sulphate, which was pumped into the former council flat to create a strangely beautiful and somewhat menacing crystalline growth on the walls, floor, ceiling and bath of the abandoned dwelling. 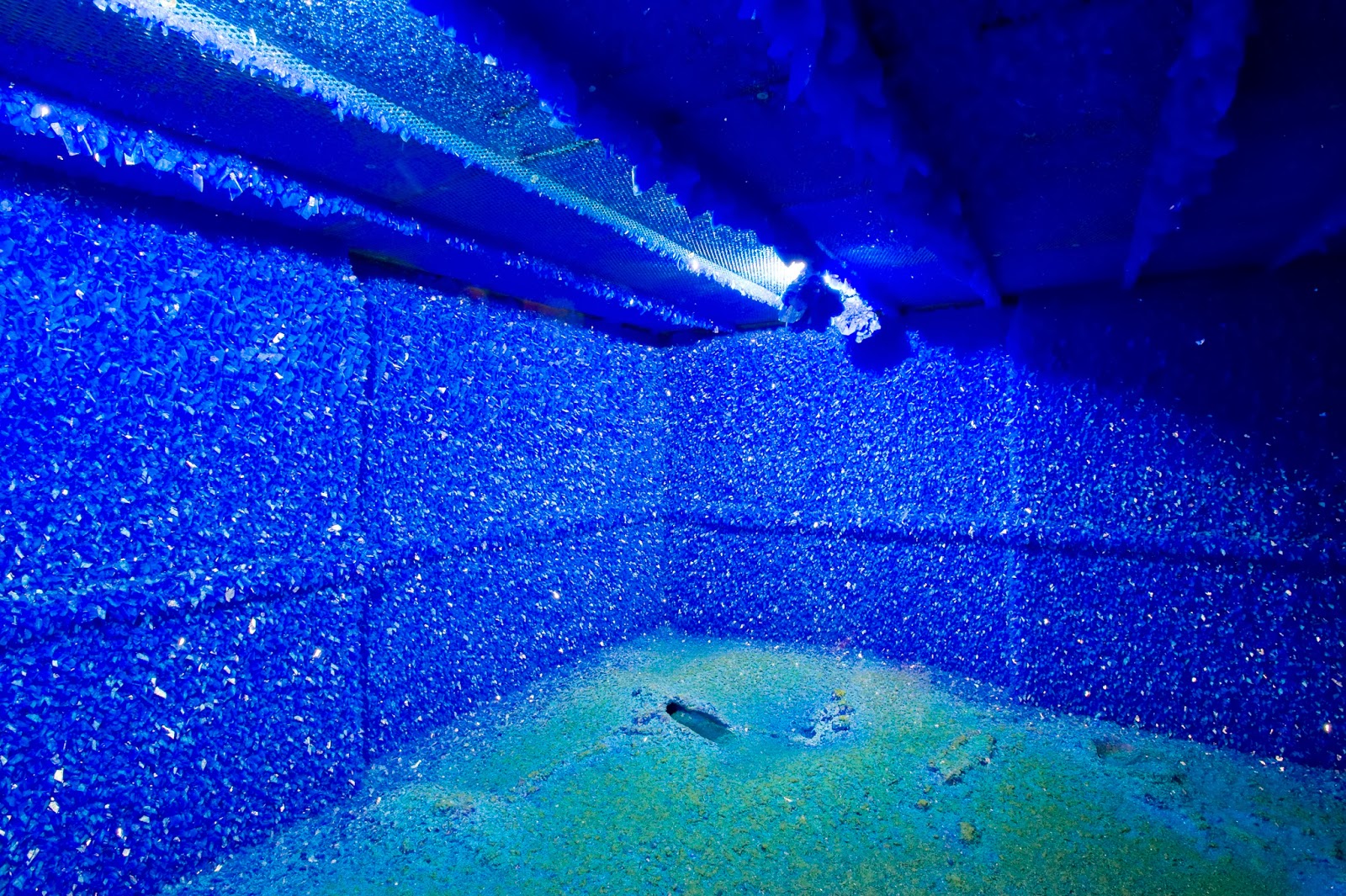 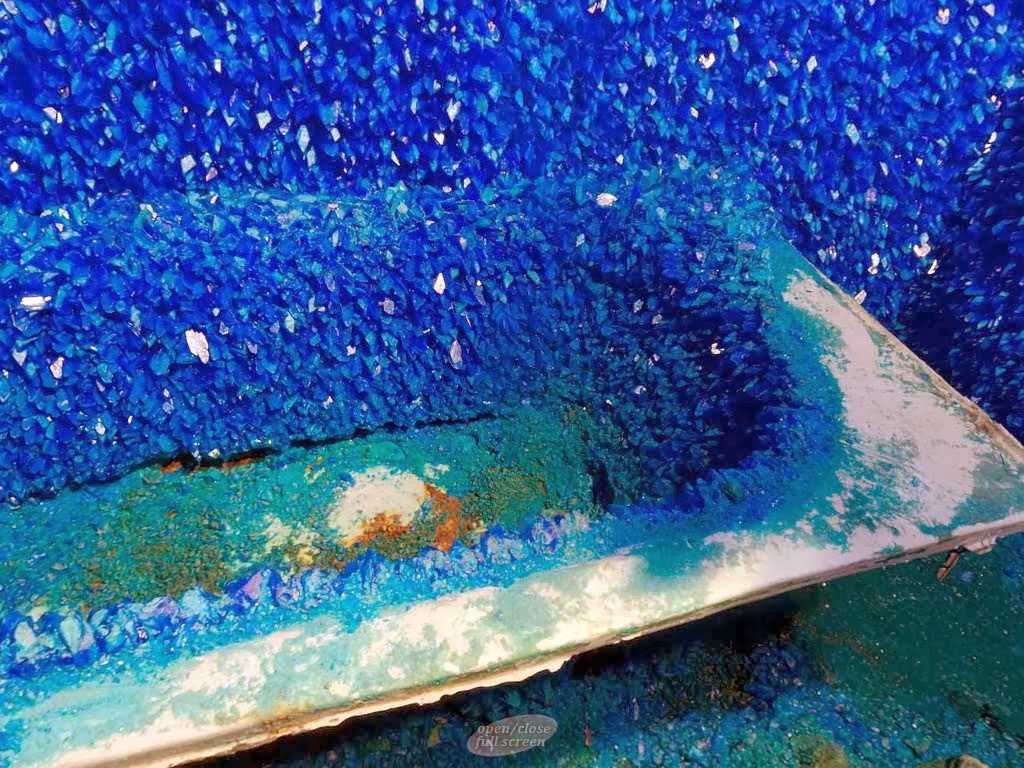 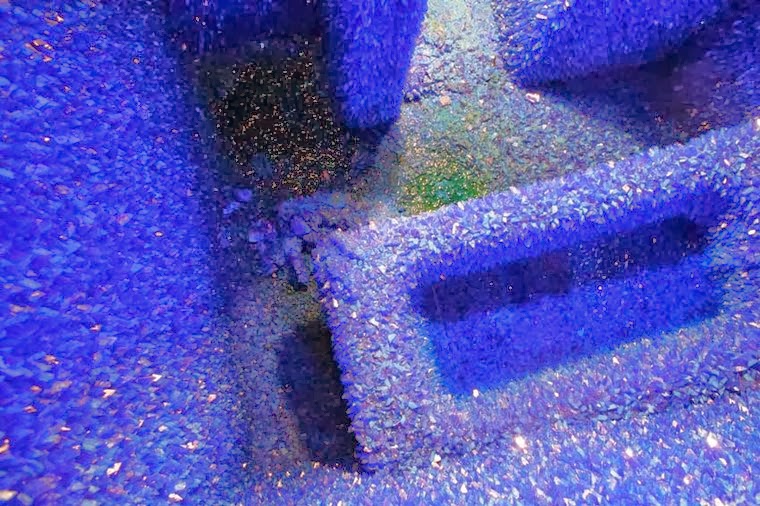 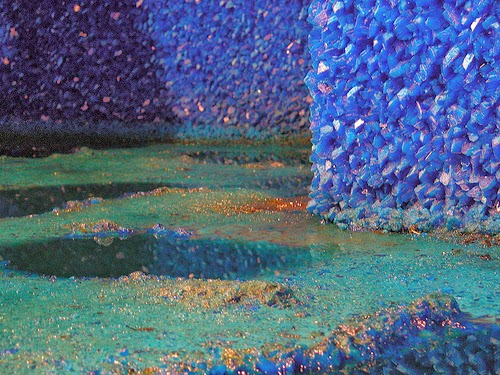 Hiorns' transformation of a formerly domestic space into what could be described as a grand-scale petri dish is fascinating: it forces viewers to immerse themselves in a strangely tactile and fantastical world. In a similar way to Mark Rothko's large canvases describing nondescript doorways of colour lend their viewers an escape from their own consciousness, Hiorns' cobalt blue environment presents a suspension of reality, and the arresting colour with it's multifaceted surfaces means that there are a myriad of things viewers can see in the abstraction. Colour is immeasurably powerful, when we shut our eyes we do not escape it's hold, and indeed one of the effects of some drug usage is the increase of vividness in our minds.
Posted by Abigail Gilti at 12:26